A Family Separated by Distance and Mistaken Ideas.

About 40 years ago a member of the McTavish family left the shores of the United Kingdom and moved to Canada. Other members of the family felt somewhat rejected by this move. Fiona McTavish now took on the mantle of a Canadian person. She had moved in order to start a new life, which had not seemed possible in her home country as her husband was an immigrant and was not well accepted in the United Kingdom. They both knew that Canada would be more open and welcoming to them and that financially they could make that change. Life would be easier for them, her husband would find a job and she knew that she could find training as a nurse.

Fiona took her husband’s name which was Stanislaus, later to be changed to Stanley which was more acceptable and more easily spelt. The couple had children and for 20 years Fiona turned her attention to bringing up the children and was able to work part-time in the local hospital when all the children were at secondary school. Her family built up many friendships and relationships within the Canadian community, but they lacked family members, cousins, aunts and uncles with whom to share holiday times and celebrations.

Meanwhile the McTavish family feeling somewhat rejected by Fiona built up a picture of her as a person who had never liked them, had never appreciated their ways and had never valued them. Time passed by and some of the younger members of the family were making family trees in school. They began to ask about Fiona and why they never heard from her. ‘Oh she lives too far away to be interested in us,’ was the reply.

Fiona’s life was indeed busy and in truth, she knew that she did not have much time to be thinking about distant cousins, aunts and uncles. However she had an inkling of their sentiments towards her so that when she thought of them they seem to represent a small grey hole in her life. She would have preferred rather to picture a distant circle of light joined to her over the seas by a silver thread of positive connection. She was aware of that silver thread connecting her to those who had passed on and whom she knew and loved in her old life. She thought of them fondly though she had met them but a few times. 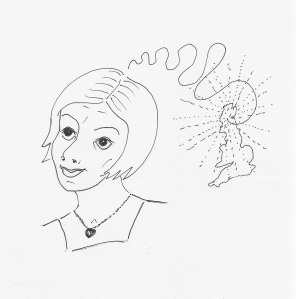 Fiona did not hope for regular connection nor frequent news, nor catching up on the 40 years lived apart, but she felt that it is better to emanate positive feelings towards all ones blood relations rather than to ponder over misunderstandings or to hang on to hurt feelings with a sense of lack of forgiveness.

Does this story remind you of anything in your life?

Why do you think the McTavish family built up their feelings of rejection towards Fiona?

What kind of effect might this have on whole populations of countries?

What can we do as individuals to start to improve this situation, as in truth it is happening all over the world?

This site uses Akismet to reduce spam. Learn how your comment data is processed.

A Story on Cyberbullying for Kids of 10 – 13 years

Being a good businessman. A story about honesty for teenagers

Gopi the generous cow. A story for children of 6-10 years old

The Elephant Man. A story about being helpful, for children from 5-9 years

A story about empathy. Keeping Betsy Dry. For children 5-10years

Missing the Train (A story on punctuality for teenagers)

The Day the Ladder Slipped (a story about telling the truth)

Ferret boy – a story about respect for one another